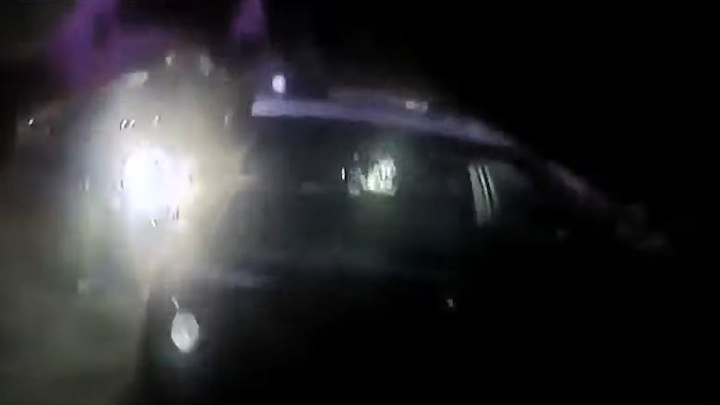 The West Sacramento Police Department released body camera video Monday of its first fatal officer-involved shooting in 20 years in which a former police department employee was shot to death on Sept. 12.

Coleman, 88, was shot by West Sacramento police officers after 3 a.m. in the 1800 block of West Capitol Avenue as they were investigating reports of an armed man in the area.

The video release, which contains footage from three officers’ body cameras, shows six officers questioning a man in handcuffs at the front of a patrol car. The man had been detained in connection to a 911 call reporting an armed man in the area.

While the officers are occupied with the detained man, who was later determined to be unconnected to the incident, one officer walks to the intersection where a car, headlights on, had pulled up behind a second patrol car.

The officer casually engages the man — later identified as Coleman — as he exits his vehicle, saying, “Hey, how’s it going, sir? Can I help you?” before reeling back, cursing, drawing his weapon and firing three times.

The department slowed and magnified a portion of the body-camera video to show an object in Coleman’s right hand as he exited his car, which resembled a handgun with a long barrel. Photos taken of the scene after the shooting show a revolver with a black barrel and wood handle was recovered.

The officer takes cover behind his patrol SUV and yells “drop the gun, put the gun down,” before shooting seven more times.

At the sound of the officer’s gunshots, the other officers rush to his aid and three of them begin firing on Coleman, repeating the officer’s command to drop the gun.

A sergeant on the opposite side of the patrol car can be heard saying “he’s still got the gun, he’s manipulating it.” And another officer says, “he’s pulling the hammer on it,” referring to the firing pin of the gun. It is unclear from the video if Coleman fires his gun.

The first officer shoots six more times before taking cover to reload. The four officers continue to fire intermittently and give commands for Coleman to drop the gun dozens of times until one officer says Coleman is no longer moving.

The department said officers performed CPR until paramedics arrived, but Coleman could not be revived.

Coleman’s family told police he had recently been struggling with mental illness and had expressed suicidal ideations, which means he either spoke about or thought about taking his own life.

In a statement released Monday, West Sacramento Mayor Chris Cabaldon said, “After reviewing the footage, I felt even more deeply the profound tragedy of Mr. Coleman’s battle with mental illness, as well as the trauma endured both by his family and by police officers on the scene.”

The incident is under investigation by the Davis Police Department and the Yolo County District Attorney’s Office.

“The West Sacramento Police Department appreciates the community’s patience and compassion for everyone impacted by this incident. Our administration continues to cooperate with the Davis Police Department as they conduct the independent criminal investigation and as we complete our own internal investigation of the incident and review of department policies,” said West Sacramento Police Chief Rob Strange in a statement.

After reviewing information gathered through the investigation, Strange said, he has authorized the officers involved to return to duty.

“These officers continue to cooperate with all investigative efforts and other work readiness processes, while they also engage with supportive resources to enable a healthy return to their work serving the residents of West Sacramento,” he said.