To bolster their brand and relationship with customers in this evolving environment, emerging fast-casual sandwich chains are accelerating pre-COVID digital trends and doubling down on technology.

In the two years prior to the initial COVID shutdowns, the 40-year-old sandwich chain was hyper-focused on becoming efficient at off-premise third-party apps and integrated technologies, and getting good at marketing and developing relationships.

“Innovation is more than just the product,” said Bloom. “We’re better at what we do with tech.” 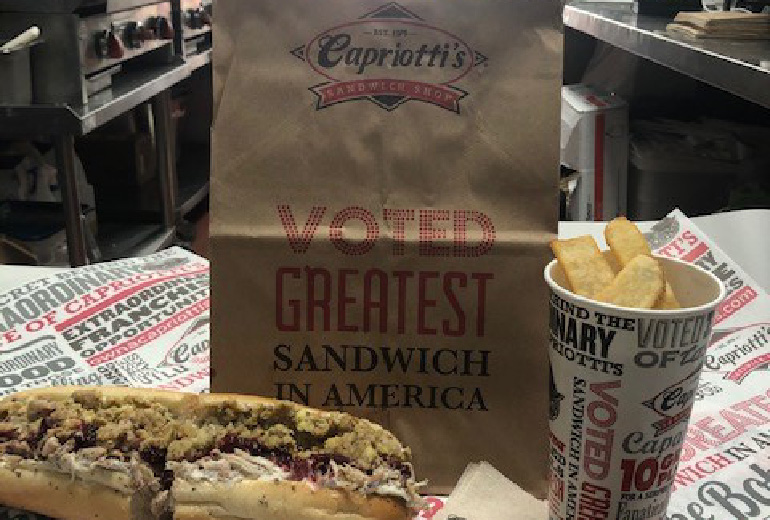 In August, Capriotti’s launched two ghost kitchens in California — the first of several planned for opening around the country later this year — to further optimize its delivery capabilities and expand its reach.

In conjunction with the kitchens, the 110-unit chain is currently testing several “virtual brands,” product lines available on its menu that have been rebranded for a specific audience. Examples include the chain’s Born Again Vegetarian and The Angry Pilgrim Turkey products.

After a double-digit dip in the weeks following the initial shutdowns, Capriotti’s same-stores sales have since been positive by as much as 17%, depending on the week. Bloom attributes the success, in large part, to the brand’s digital readiness.

“I kept hearing brands pivoting,” said Bloom. “I’d hate to have to do what took us two years and do it during the pandemic.” 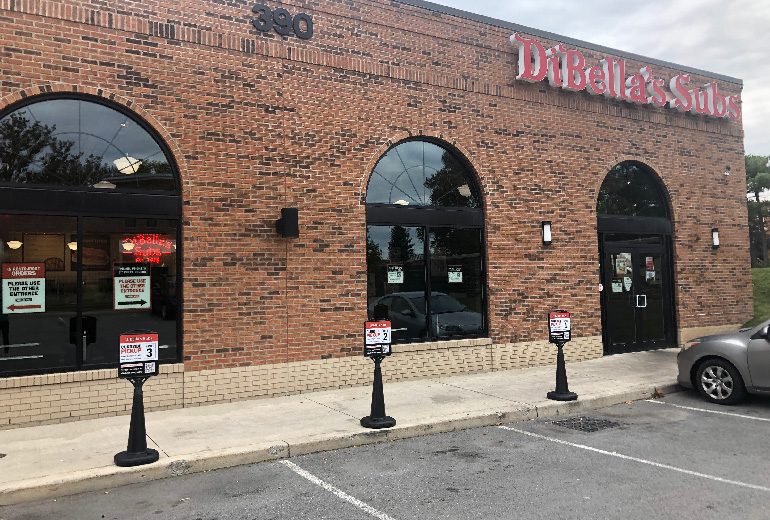 Indeed, many on-the-rise fast-casual sandwich chains not yet fully tech-forward were pushed to pivot during the pandemic — and, for some, it has paid off.

“It really exposed our possible weaknesses of the way we deliver to our customers,” said Jennifer Jackson, co-owner of DiBella’s Subs, based in Rochester,  N.Y. “We had to make our experience better and had to leverage all of our options outside of our buildings.”

When its stores were ordered to close in early March, the 44-unit chain, which has locations in New York, Connecticut, Pennsylvania, Ohio and Michigan, pivoted to its third-party delivery vendors, streamlined menus for online orders, and developed incentives for ordering online, such as free sandwiches. When restaurants were allowed to reopen in July, the chain introduced QR codes, so customers who wanted to get out and carryout could scan the signage and have their order go straight into the checkout flow, same as if they were ordering inside.

It’s these and other shifts that Jackson attributes to DiBella’s improving same-stores sales, which reached year-ago levels in September, and for doubling of the number of customers in its loyalty club.

“We are finding ways to try not to look at things as a problem, but as an opportunity,” Jackson said.

Among the next opportunity DiBella’s plans to take advantage of is a forthcoming revamp of its online customer experience, including launching a new more-intuitive app that makes ordering less overwhelming with fewer clicks needed. Additionally, in mid-October the chain planned to start shipping sandwiches nationwide via Goldbelly.

“[We’re] really trying to look at our customer needs now, and what do we think they’ll be in the next year,” added Jackson.

Long Beach, Calif.-based Ike’s Love and Sandwiches, best known for its inventive and messy sandwiches on Dutch Crunch bread slathered with a secret “dirty sauce,” has had success funneling customers to its app and driving sales during the pandemic by offering free delivery and relevant day-of-the-week specials promoted on its social channels.

Dubbed “Social D’s” Ike’s weekly promotions started at the start of COVID with $5 social distancing-themed sandwiches, offered every Friday with the purchase of a regular sandwich. The sandwiches drew inspiration from popular television shows many people were binge-watching during the height of the pandemic, such as Nextflix’s “Tiger King” and “Ozark.” Ike’s followed that up with $6 Stimulus Tuesdays, specials tied the government economic impact checks many Americans received, available for the month of September.

“We got people drawn to our app, saw record downloads … pulled people over from some of our third-party apps,” said Goldberg. “It really started to drive our sales above and beyond pre-COVID.”

“It opened our eyes to where we needed to be,” said Goldberg. “We’re just really trying to push the digital side.”

To continue its momentum on digital, Ike’s plans to do a revamp of its website, optimizing it for online ordering, and its app, as well as launch a new loyalty program in the first quarter of next year.

Back to the future

Not all emerging fast-casual brands are so hyper-focused on taking advantage of technology to ensure their future. Instead, some brands are going back to go forward.

Bruxie, which launched in 2010 as a waffle sandwich concept, temporarily closed at the onset of the pandemic and did not offer take out or delivery. Now under new ownership, in September the brand reopened its first location in Orange, Calif., focusing on what originally made it a hit, including its waffle sandwiches that left the menu when the chain rebranded four years ago to feature a menu of fried chicken sandwiches and plates.

While developing digital in a COVID-19 environment is important, Bruxie co-founder and chef Kelly Mullarney told Nation’s Restaurant News in August that he would first focus on bringing back the “magic” that made Bruxie a national sensation years ago.

“I think this is an opportune time to spring back to that period and revisit all those things that made Bruxie successful,” Mullarney said.

Bruxie’s new CEO Scott Grinstead, who took the reins in July, told Nation’s Restaurant News that he is focused on rebooting the chain’s first two locations and that the timeline for additional re-openings is still TBD. Grinstead added that once the two locations are up and running, the company will focus on expanding its digital footprint, including adding third-party delivery options and online ordering.

Until then, Bruxie will stick to serving its customers with traditional channels such as carryout and phone orders.