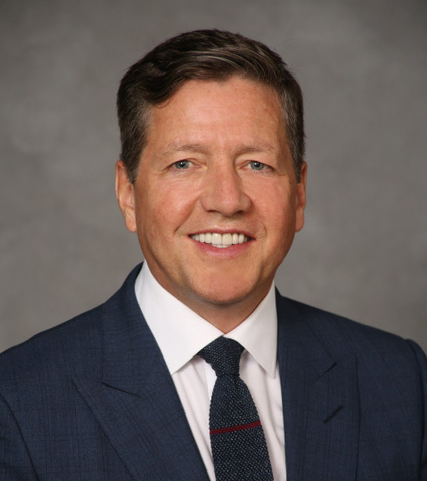 Miami University has announced a $20 million gift from Rick McVey (Miami ’81) which will fund a construction of a new data science building on Miami’s Oxford campus. In recognition of this contribution – one of the top-five largest single gifts in Miami’s history – the building will be named the Richard M. McVey Data Science Building in his honor, an action recently approved by the Board of Trustees.

Miami President Greg Crawford underscored that this gift is central to making Miami’s vision of creating an academic epicenter for data science a reality.

“An interdisciplinary team of faculty and staff have been working on a design for this building that will transform our academic programs related to data science and digital technology. This gift makes that vision a reality,” Crawford said. “We are so grateful to Rick for his leadership, extraordinary generosity and his dedicated service to his alma mater.”

The Richard M. McVey Data Science Building fund will be used in the cost of construction for an approximately 85,000-square foot building located along Tallawanda Road on the Oxford campus near Withrow Hall and Benton Hall.

The building will house one of Miami’s newest departments, Emerging Technology in Business and Design, as well as the departments of statistics and mathematics, the Armstrong Institute for Interactive Media Studies, and the Center for Analytics and Data Science. The building will also facilitate transdisciplinary partnership with other related fields from the Farmer School of Business and the College of Engineering and Computing.

As the founder, chairman and CEO of New York-based MarketAxess, a leading international financial technology company and now part of the S&P 500 Stock Index, McVey is passionate about ensuring that Miami continues to advance the field of data science.

“Data science and artificial intelligence are having a profound impact on all sectors of the economy, and especially here at MarketAxess,” McVey said. “The demand for data science skills is growing rapidly in every industry. It is gratifying to help Miami build a distinctive program with this gift, which will increase access to data science programs for Miami students for many decades to come.”

McVey, whose daughter Taylor is a 2011 Miami alumna, has been a longtime supporter of the university. He earned a B.S. in finance at Miami and was co-captain of the MAC-champion Miami golf team in 1981. McVey has been a generous supporter of both areas, endowing scholarships for Miami’s golf program and for the Farmer School of Business. He also serves as a member of the Miami University Foundation Board of Directors, where he is chair of the investment committee for the Miami endowment. McVey and his wife Lara Spencer, creator of the Emmy award winning “Flea Market Flip” and co-host of “Good Morning America,” are both active supporters of education at all levels.

“This remarkable gift will have a lasting and meaningful impact on generations of Miamians,” said Tom Herbert, senior vice president of University Advancement. “Rick has a strong connection to Miami, from his time here as a student-athlete when he was part of a championship golf program to the work he is doing now as part of our foundation board. His passion for Miami is clear, as his commitment to providing our students with the resources needed to learn, grow and succeed in this critical sector.”

Construction is expected to begin in late spring 2021 and to be completed in summer 2023.