In international relations, a proxy war is an armed conflict between two smaller groups each representing the interests of larger nations. Two recent examples saw the U.S. and Iran supporting opposing factions in Iraq in the mid-2010s and the U.S and Russia doing the same in Afghanistan during the early 1990s.

Although the stakes are not comparable, there may be similarities in how the telehealth industry takes shape over the next decade. Fast-growers Teladoc (NYSE:TDOC) and American Well (NYSE:AMWL) (recently rebranded as Amwell) are getting a lot of attention due to their recent transactions: an acquisition and an IPO, respectively. But technology giants Apple (NASDAQ:AAPL) and Google parent Alphabet (NASDAQ:GOOG) (NASDAQ:GOOGL) are taking up positions that may make telehealth players pawns in a larger battle. 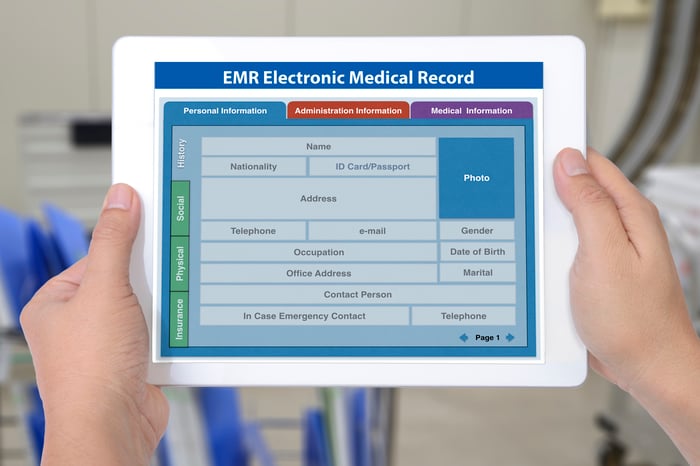 The right place at the right time

The telehealth market is estimated to grow to $23 billion in 2025 from only $8.3 billion in 2019. Office closures and social distancing guidelines have only accelerated this trend, as patients are unable (or unwilling) to sit in a waiting room until the doctor can see them. Consulting firm Frost & Sullivan estimates the demand for telehealth will grow more than 60% in 2020.

As insurance companies and Medicare further establish the relationship between care outside the hospital and health outcomes, financial incentives will force clinicians to engage easily and often with patients beyond traditional visits. Periodic check-ins, health monitoring, and regular digital communication are likely to become the norm.

Connecting patients and doctors is an important part of the healthcare system, but it is not the most profitable. Telehealth companies charge $49, $79, or $99 per visit for a few million patients per year, but electronic health records (EHR) systems are massive software platforms that sometimes cost billions of dollars just to purchase, not to mention additional costs for frequent upgrades and maintenance. It’s not the Teladocs of the world who will make today’s healthcare investors rich, but EHR system companies.

Duke University Health System recently paid $700 million for its Epic EHR. Kaiser Permanente paid $4 billion. Additionally, users of Epic systems reportedly spent another 40% to 49% of initial implementation costs in upgrades. Epic has the highest market share in the hospital market with 29%, while Cerner holds 26%. The opportunity of the EHR market is evident once we compare the revenues and gross margins of a few publicly traded players. 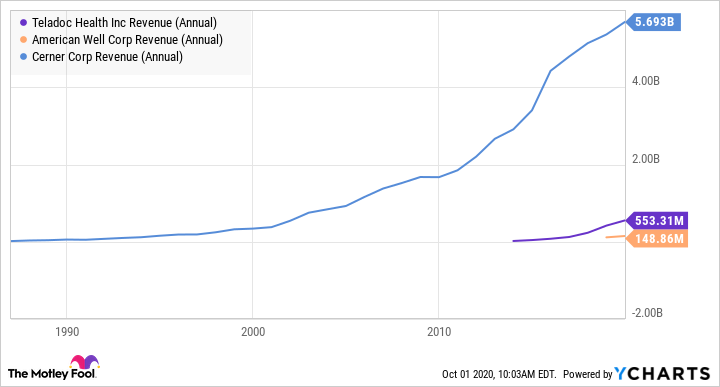 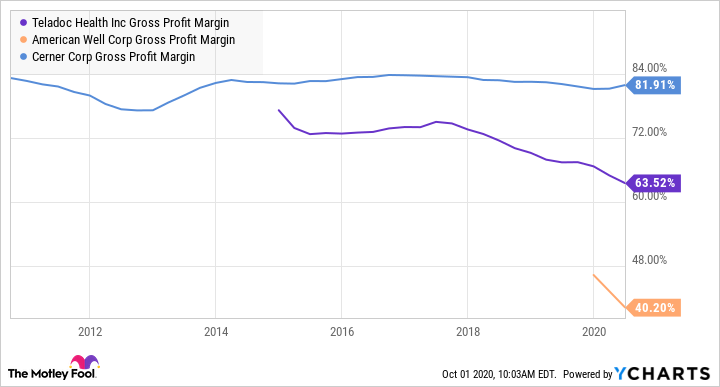 Once implemented, EHR systems are incredibly difficult to replace. Fortune and Kaiser Health News investigated a $38 billion government subsidy program aimed at improving efficiency and data sharing, and found that many vendors whose certificates were fraudulent continued to operate because their technology was deemed too costly to replace.

Skating to where the puck is going

The healthcare sector is an intriguing target for giant technology companies that need to find tens of billions of dollars of new growth per year, and EHRs are especially attractive. As care moves further away from the hospital, consumer tech companies are further along in penetrating this market than it might appear. These companies can integrate records systems, provide video platforms, and deploy health monitoring tools through wearables that could create a seamless remote patient experience.

Google’s initial attempt at an EHR was shut down in 2012, but the company recently filed patents for EHR tools powered by artificial intelligence (AI). Google invested $100 million as part of telehealth provider Amwell’s recent IPO. This is noteworthy because Amwell’s product is embedded in both Epic’s and Cerner’s EHR platforms. Furthermore, Google’s pending acquisition of Fitbit would provide a trove of health-monitoring capabilities. The recently released Fitbit Sense monitors stress, sleep, heart rate, blood-oxygen levels, and other physical processes. The combination would offer a useful end-to-end option for both patients and clinicians.

Similarly, Apple has its own EHR pilot under way to help patients and providers share information. Early reports indicate Apple has taken a complex, disjointed experience and made it easier and more intuitive for users. Like Fitbit, Apple has its own wearable — the Apple Watch — that monitors various data to quantify health and wellbeing. Apple also boasts a Health app for aggregating data on the ubiquitous iPhone, making it even easier for patients to own their data and keep it locked away in their pockets. Finally, let’s not forget FaceTime, Apple’s native video-call app.

The healthcare industry is shaping up very much like the smartphone market did a decade ago. Similar to its Android operating system, Google is making small investments in an effort to create a tool that its existing customers can utilize. Meanwhile, Apple is constructing a closed system that offers a more integrated experience, allowing users to control their data and manage their lives through the iOS operating system on their devices. Who would want to get into that fight?

Not quite going at it alone

Teladoc isn’t ceding the telehealth market to Apple and Google just yet. The company has a partnership with Microsoft for cloud services, which could evolve in the future. Teladoc is also integrated with Epic, although Cerner is considered far more popular with settings where care delivery is actively moving, like clinical or ambulatory care. Importantly, Amwell is the sole provider to offer embedded solutions in Cerner’s EHR platform.

The healthcare landscape has been changing quickly. Despite saying it would never happen, Epic’s 77-year-old CEO could decide to sell the company to Apple, Google, or Microsoft when she retires, transforming the industry overnight. Even if that doesn’t happen, the tech behemoths will continue trying to gain traction in the $2.5 trillion U.S. healthcare industry. It may be years before the strategies become obvious to investors, but the healthcare industry is setting up to be the next battleground between giant tech companies. Investors should pay close attention to how the health monitoring capabilities of wearables are integrating with EHRs for clues.

Microsoft and Google may just be getting started using Teladoc and Amwell to battle for the healthcare market. Telehealth will certainly play an important role in the future of care delivery, but cautious investors should bet on the large technology incumbents rather than risk owning a company caught in a proxy war between some of the most successful companies in the world.