Opinions expressed by Entrepreneur contributors are their own.

In the last decade, decentralized platforms have taken the data world by storm. Top programmers aspire to create more efficient and effective platforms than ever, making the market for these products one of the most competitive in the world. Meet the five APAC entrepreneurs disrupting their industry, transforming the future of decentralized platforms and navigating their way towards digital transformation. 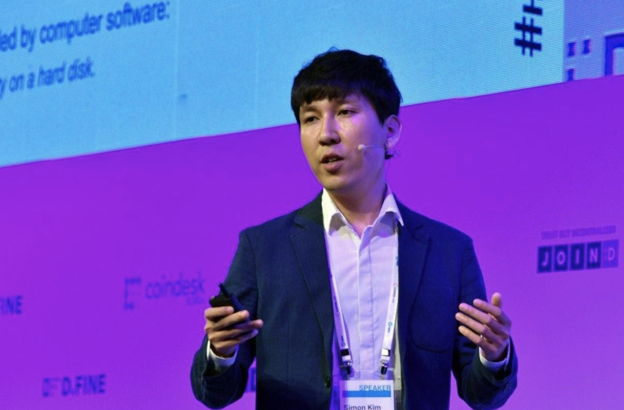 The mind behind Hashed, Simon Kim is a serial South Korean entrepreneur, blockchain thought leader, and evangelist. Previously, he served as the CPO of Knowre, an adaptive mathematics learning platform. Today, Kim balances his distinguished roles of venture partner at Softbank Ventures Asia, member of the 4th Revolution Committee of South Korea’s Parliament, and Director of the Korea Blockchain Association. He also participates in the Busan Blockchain Free Zone committee. Kim is a strong believer in the importance of consumer-centric applications in the blockchain space. Together, with a team of fellow eminent entrepreneurs, Kim co-founded Hashed in 2016.

Hashed is a leading, strategic crypto investment fund operated out of Seoul and the Silicon Valley. The fund’s stated mission is to “discover, invest in, and support innovative decentralized projects”. Hashed’s key selling point is its focus on the “protocol economy”, which it defines as “an economic system where individuals or groups can participate in the economic activities and earn rewards according to their contributions”. Hence, the venture capital fund is significantly involved in community building and developing sustainable token models for the projects it works with. Hashed has a diverse portfolio of investments, of which half are US-based projects, and half are from Asia or elsewhere. Among its Asian investments, two stand out in particular: Line’s LINK and Kakao’s Klaytn. Hashed maintains its finger on the pulse of the latest developments in the DeFi space, investing in projects such as Kyber, Maker Dao, Synthetix, and Set Protocol. 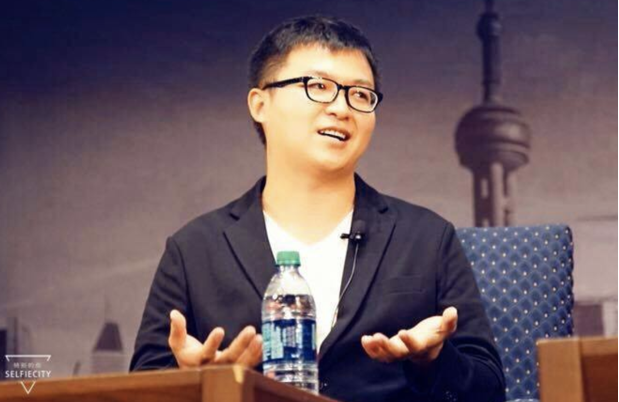 Patrick Dai is the founder of one of China’s top blockchain projects, Qtum, which consistently ranks in the top ten of the CCID’s Global Public Blockchain Technology Assessment Index. Dai dropped out of his information systems Ph.D. program at the Chinese Academy of Sciences and started working at tech giant Alibaba. But Dai had already caught the Bitcoin bug and became one of the country’s most ambitious miners, translating everything he could from English to Chinese to get the community up to speed.

Dai left Alibaba and earned a degree from Draper University, the billionaire venture capitalist Tim Draper’s entrepreneurship school. After returning to China, Dai recognized the country needed to launch its own public blockchain with the advantages of both Bitcoin and Ethereum, and thus, came up with the idea for Qtum. The rest is history. Dai was featured in the Forbes Asia 30 under 30 list for his contributions to the industry and role in launching the first blockchain-based satellite in space.

Qtum is an open-sourced public blockchain platform that enables multiple virtual machines, including EVM and soon, the x86 VM. Qtum is PoS-based and boasts a decentralized governance protocol, allowing specific blockchain settings to be modified by making use of smart contracts. Qtum has the security and transparency of Bitcoin’s UTXO model combined with Ethereum’s EVM, and a customized proof-of-stake mechanism provides stability and transaction finality. 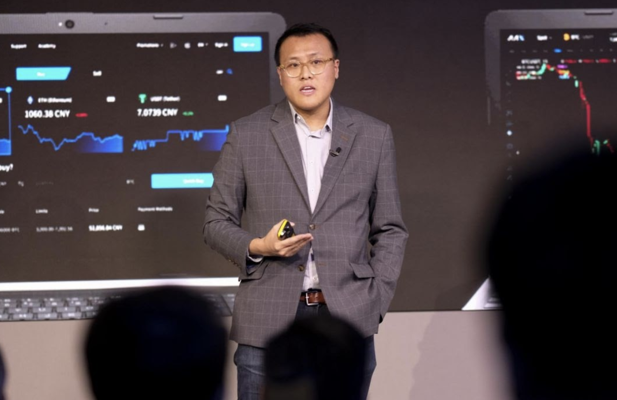 Thor Chan is the mastermind behind AAX’s product development strategy. His expertise touches all its operations, and he is a driving force behind the team’s success. His prior experience includes building global order management systems, global settlement systems, and low-latency trading platforms for professionals.

He was previously licensed in Hong Kong to manage equities, derivative brokerage, and trading operations. He has served in various roles, including deputy COO at FDT Group, and in product management at App Annie, Microsoft, Publicis and HSBC.

AAX is a privately held digital asset exchange, hailed as the leading exchange in the Asia-Pacific. Launched in November 2019, AAX is the world’s first cryptocurrency exchange powered by LSEG Technology’s Millennium Exchange, the same matching engine that powers London Stock Exchange. It is the first of its kind to join the London Stock Exchange Group’s (LSEG) Partner Platform.

AAX is an exchange that raises the standards for integrity, security, and performance; one that would stand up to regulatory scrutiny, be accessible to the masses, while fulfilling the requirements of institutional market participants. 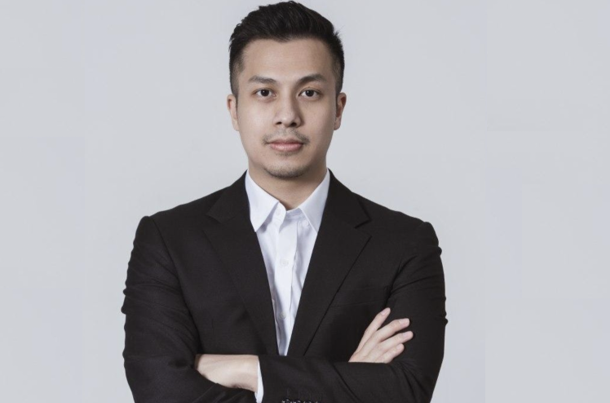 Daly Young, product development lead at BingBon, has piloted many projects throughout his career that allowed him to gain a wealth of experience and knowledge about finance and technology. Young pursued and completed his bachelor’s degree in communication engineering at Shanghai Jiao Tong University, one of the top five prestigious universities in China. Right after, Young kick-started his career with Tencent, one of China’s top tech conglomerate giants, and was employed as their product manager for five years. He later moved on to Futu Securities International (Hong Kong) Ltd, a fintech company ranked among Asia’s top online brokerages. Young now works as the chief product officer for Bingbon.

Established in 2018, Bingbon is a digital asset derivatives trading platform dedicated to providing simple, professional trading products and services. Bingbon allows its users to trade contracts of cryptocurrencies, global indices, forex and commodities for long and short positions and provides them an automatic copy trading function. This emerging exchange aims to deliver a fair and secure market, enabling efficient and cost-effective trading for its users while creating a transparent trading environment and the ultimate trading experience. 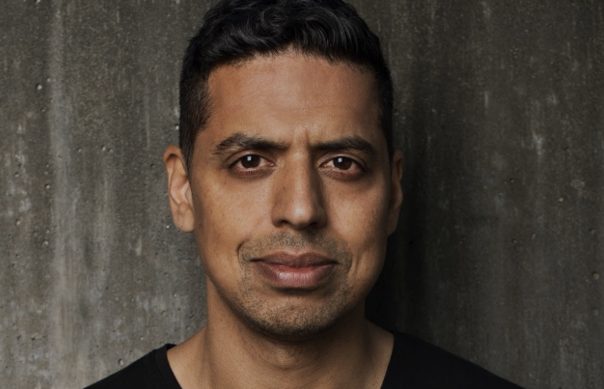 Pavel Bains is the CEO of Singapore-based Bluzelle, a decentralized database that solves security, integrity, and reliability issues facing data management. He often speaks on panels and conferences about the future of digital media, finance, and technology. Bains is a contributing writer to Fast Company, Venture Beat, Forbes, and The Huffington Post.

Prior to Storypanda, Bains served in GM and CFO roles for video game studios, including leading independent multiplayer developer Threewave Software and Disney Interactive Studios. At Threewave, Bains was involved in the production of AAA titles from EA, Activision and Atari. At Disney, Bains was the financial manager for seven studios, overseeing budgets of $150 million.

Bains is a former NCAA academic-athlete honour student and competed for UCLA track and field. Bains is a level chartered financial analyst and graduate of Simon Fraser University.

The Airbnb of databases, Bluzelle is smart, in-memory data storage technology. It can be used as a cache or database. Bluzelle is highly available, durable and globally distributed. No operational overhead or configuration is necessary. Bluzelle is suited for gaming and media. Bluzelle combines decentralized technologies with edge computing, so businesses never suffer from data breaches, network failures, or performance issues.

These five entrepreneurs are creators to watch in the decentralized, digital assets industry, a market-segment that’s called as one of the best to invest in 2020 by industry experts. Their unparalleled experience and leadership set them apart. While they already boast early successes, their adaptability and industry knowledge will transform their products, allowing them to stay relevant for many years in the future along with changing technological demands.