Investing in IPOs is inherently risky, as many companies nowadays go public at exuberant valuations in order to raise as much money as quickly as possible. But if excited investors aren’t careful, buying companies that recently IPO’d could quickly turn into speculation — buying shares at an artificially inflated price based on the sole belief that someone else will buy them at an even higher price.

During market crashes, expensive stocks with long winning streaks tend to fall the hardest as investors finally come to the realization that they overpaid for their shiny new assets. As we come to grips with the possibility of a second coronavirus market crash, let’s look at three of the best performing IPOs of the year so far, and ask whether or not now is the right time to scoop up their shares. 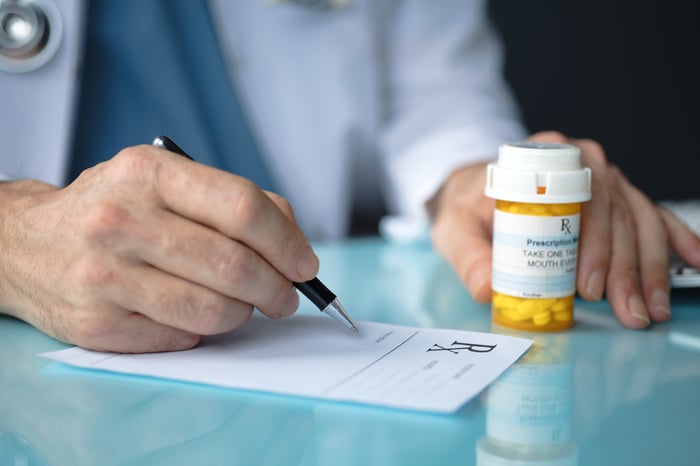 Since its IPO on Aug. 14, shares of Dutch biotech CureVac (NASDAQ:CVAC) have dipped 15% due to the diminishing hope that the company can bring a coronavirus vaccine candidate to the finish line. The company is backed by the Bill & Melinda Gates Foundation, from which it received grant funding, and the German government, which awarded 252 million euros to CureVac to fund the research and development (R&D) for its messenger RNA (mRNA) COVID-19 vaccine.

CureVac’s experimental vaccine is in a phase 1 clinical trial, with immune response data expected by the end of the fourth quarter of 2020. On Sept. 30, the company began a concurrent phase 2 trial for its vaccine candidate.

The problem with CureVac, however, is that it has heavyweight competitors in the coronavirus vaccine race. Pfizer, AstraZeneca, Johnson & Johnson, and Moderna are already testing their candidates in phase 3 stage clinical trials. In fact, we may hear top-line data from at least one of these companies by the end of this month.

Not only is CureVac rather late to the game, but the current market demand for the coronavirus vaccines is already saturated. Together, the four companies mentioned above have a combined capacity to produce 5.3 billion doses of their coronavirus vaccines annually by the end of next year, if approved.

Unfortunately for CureVac, it doesn’t have much to fall back on if its COVID-19 vaccine candidate does not pass clinical testing or performs below expectations in commercialization. The company has just one other candidate in clinical trials, its rabies vaccine, which is only in phase 1.

With no product revenue and an $8.293 billion market cap, investors are paying a considerable premium to speculate in CureVac’s future. If one is interested in coronavirus vaccine stocks, why not instead buy a large-cap company that has a diversified pipeline and is trading at a cheap valuation?

Cloud data companies that construct firms’ IT infrastructure are at the heart of business innovation. One of this sector’s new major players is Snowflake (NYSE:SNOW). Just weeks after its IPO on Sept. 16, Snowflake is down 2.6% from its offering price of $120.

The company handles about 500 million data requests per day and now has 56 customers providing more than $1 million in revenue. Snowflake’s cloud services have a consumer satisfaction rating of 71, on a scale ranging from negative 100 to 100. In addition, its existing clients are consistently upgrading their subscriptions, resulting in a net retention rate of 158%.

During the second quarter of 2020, Snowflake grew its revenue 121% year over year to $133.145 million. While that seems very impressive, the growth is arguably already part of its stock price, if not overvalued.

As of today, Snowflake stock trades at an astonishing 130 times price-to-sales (P/S), despite posting a net loss of $77.6 million in Q2 2020. A P/S of 50 times is already quite expensive for a company that is approximately doubling its revenue per year, let alone 133 times. For investors who only consider mass psychology and pay no attention to fundamentals, I think there is some money to be made in buying Snowflake stock. For those who want to buy and hold cloud data companies for the long term, I’d strongly recommend checking out alternatives.

In less than one week, GoodRx (NASDAQ:GDRX) is up about 2% from its IPO price of $33 per share on Sept. 23. It is not difficult to see why GoodRx investors like the company. Since its inception in 2011, the prescription drug coupon distributor has helped a total of 18 million Americans fill their medications, and has generated more than $20 billion worth of savings for people who used their free coupons.

That’s right; the company can reduce the price of prescription drugs by upwards of 70% while charging no fees. GoodRx makes money by taking a commission from prescriptions filled by referring costumers in more than 70,000 pharmacies across the nation. GoodRx’s namesake app is now the No. 1 most downloaded medical app in the U.S, with a 4.8 out of five-star rating on Apple‘s App Store and a 4.7 out of five-star rating on the Google Play App Store.

Like CureVac and Snowflake, GoodRx also suffers from hyper-valuation. Currently, the company trades for 39 times price to sales and 212 times price to earnings (P/E).

It is also essential to keep in mind that GoodRx’s business model’s validity is limited to America, the only developed nation in the world where drug prices are so high because of a lack of government control. The company has limited opportunities to expand internationally, and its current rate of growth may be unsustainable once the market opportunity in the U.S. is maxed out. If healthcare investors are still excited about GoodRx, they may be wise to wait for a better price.