Editor’s Note: Morning Tech is a free version of POLITICO Pro Technology’s morning newsletter, which is delivered to our subscribers each morning at 6 a.m. The POLITICO Pro platform combines the news you need with tools you can use to take action on the day’s biggest stories.Act on the news with POLITICO Pro.

— DNC CTO talks disinformation: The DNC’s chief technology officer said the party is seeing as much disinformation from domestic sources as from foreign ones, which she called “deeply troubling.”

— Meanwhile, on the RNC: The Trump campaign and Republican National Committee are sourcing Americans’ answers on whether social media companies “are trying to help Joe Biden win” the election and whether Twitter CEO Jack Dorsey is out to make the president lose.

— 5G experimentation: The Defense Department is doling out another $600 million in grants to test 5G applications, with the help of private telecoms like AT&T and Nokia, at military bases across the country.

DNC CTO: THE LIES ARE COMING FROM INSIDE THE COUNTRY — Nellwyn Thomas has a lot on her plate. As chief technology officer for the Democratic National Committee, she’s responsible for improving its tech workflow, protecting it from hackers, countering disinformation operations, and providing IT and security advice to dozens of state parties and hundreds of campaigns. But what worries her the most right now, my colleagues at Morning Cybersecurity report, is the rise of domestic disinformation operations that rival or exceed the scope and efficacy of foreign activities, such as Russia’s infamous 2016 interference. “The threats we’re seeing at this point are just as much domestic as they are foreign, and that is deeply troubling,” Thomas said on Thursday during an Institute for Security and Technology webinar.

— President Donald Trump and members of his administration and reelection campaign have relentlessly pushed false claims about the security of mail-in voting, the extent of voter fraud and the overall integrity of the 2020 election. “That is incredibly difficult to combat, when it’s not just about China or Russia or Iran, but about other Americans,” Thomas said. “And so that is certainly an area that we’re very focused on and very concerned about.”

— Because a major goal of disinformation campaigns is to discourage participation in the democratic process, voter suppression goes hand-in-hand with more traditional election security issues such as cyberattacks and social media propaganda. Thomas has directed the DNC’s tech team to document instances of potential voter suppression at polling places “in order to make sure that we can track those, remediate them and in some cases litigate them after the fact.” “These things are related,” she said, “and all part of a common thread of outside actors, foreign and domestic, trying to undermine trust in our electoral processes and trust in our democratic politicians.”

— All about that consent: While the survey seeks to reaffirm Trump’s longstanding accusations that tech platforms discriminate against conservatives, another goal seems to be getting the greenlight to robocall voters. Survey participants consent to receiving “autodialed and automated calls and texts” from groups affiliated with the Trump Make America Great Again Committee, Donald J. Trump for President Inc. and the Republican National Committee. 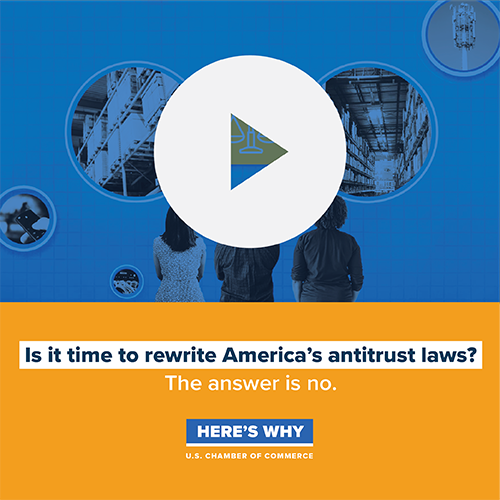 PENTAGON ANNOUNCES MORE 5G TESTING AT MILITARY BASES — The Defense Department on Thursday announced another $600 million in grants set to test next-generation wireless applications at five U.S. military bases in Utah, Washington, Georgia, California and Nevada, which the department calls “the largest full-scale 5G tests for dual-use applications in the world.” This is part of its ongoing 5G experimentation.

— The testing will focus on a range of 5G uses including augmented and virtual reality applications as well as how to develop systems that will let the military dynamically share its 3.1-3.45 GHz band airwaves, now used for airborne radar systems, with the commercial sector. (That’s under study at Hill Air Force Base in Utah.) Companies like AT&T and Nokia are helping with efforts at the bases. The Pentagon holds a vast store of 5G-friendly airwaves, which the wireless industry has long sought to tap in some fashion.

— “Looking ahead, the department will begin testing on seven more military bases in the coming year,” Michael Kratsios, the Pentagon’s acting undersecretary of defense for research and engineering, told reporters.

FACEBOOK: WE WORKED WITH THE FEDS ON MICHIGAN KIDNAP PLOT — The social network helped tip off federal law enforcement to six militia activists’ alleged kidnapping conspiracy targeting Michigan’s Democratic Gov. Gretchen Whitmer, the company said Thursday. “We proactively reached out and cooperated with the FBI early in this ongoing investigation,” a Facebook spokesperson said in a statement, adding that Facebook’s outreach to the feds here started more than six months back.

— The social network is named three times in the unsealed FBI affidavit, which said the suspects communicated via private Facebook pages and “encrypted group chats” about their planned attack on the governor, whose pandemic-related shutdowns had angered right-wing activists. (It’s unclear whether the encrypted communications occurred on any Facebook platforms.)

— One July 28 post to a private Facebook group read, in part, “We about to be busy ladies and gentlemen… This is where the Patriot shows up.” That was particularly ominous because, the feds say, the suspect had earlier that day been heard on a phone call narrowing down attack sites to Whitmer’s western Michigan vacation home and official summer residence.

WITH TECH’S HELP, MONEY POT FOR VACCINES FOR POOR COUNTRIES GROWS — Leading tech and media companies are among the contributors to a global fund set up to pay for lower- and middle-income countries’ coronavirus vaccines when they become available. The Gavi COVAX Advance Market Commitment has secured about $1.8 billion of its initial fundraising goal of $2 billion by the end of the year, Gavi said. Netflix CEO Reed Hastings and his wife, Patty Quillin, gave $30 million, while the Chinese-owned social media app TikTok contributed $5 million, which were matched by the Bill and Melinda Gates Foundation with $5 million. (The Gates Foundation had separately put in $106 million.)

— The recipients: The funding will support the procurement of safe and effective coronavirus vaccines for 92 countries eligible for the AMC. Those include all economies with gross national income per capita under $4,000, plus other World Bank International Development Association-eligible economies, among them countries in the Pacific and Southeast Asia, Gavi said. At least $5 billion more will be needed next year to procure doses as they become available.

In recent years, some politicians have pushed for changes to antitrust laws that seek to break up companies across industries simply because of their size; essentially penalizing success. Such changes would leave government enforcers with too much control, allowing them to pick winners and losers in our economy. This would strip away consumers’ power in the market, cripple innovation, and undermine job creation and economic growth. WATCH: 60 second explainer on America’s antitrust laws.

ICYMI: “Facebook has banned the U.S. marketing firm that was behind a campaign to disseminate deceptive political content on behalf of Turning Point Action, a political advocacy group for young conservatives with ties to President Donald Trump,” Steven reports.

Becoming an ex-Bezos: “The Inside Story of MacKenzie Scott, the Mysterious 60-Billion-Dollar Woman,” by Stephanie Clifford.

Twitter trouble: “A federal judge in California has ordered that Twitter reveal the identity of an anonymous user who allegedly fabricated an FBI document to spread a conspiracy theory about the killing of Seth Rich, the Democratic National Committee staffer who died in 2016,” NPR reports.

Trump vs. World, the Sequel: What would four more years of Trump look like for China, trade, democracy and other issues? Read POLITICO’s special report on how a second term could reshape the globe.

New privacy controls floated as CCPA improvement for consumers: “Privacy-minded companies and consumer groups are testing a new, simpler way for people to exercise their rights under California’s landmark Privacy Act,” Katy Murphy reports. “They hope [it] will eventually be widely used, honored by companies and enforced by the attorney general.”