While he taught multimedia at Groton Middle School, rode his exercise bike and lifted weights, “I learned from the doctors that this was kind of abnormal,” he said .

He had been diagnosed with hypertrophic cardiomyopathy, a thickening of the heart muscle, at 5. He had a defibrillator. In June 2019, his weak heart caught up to him.

While mowing the lawn, Bruno’s heart began to race and his defibrillator fired, trying to shock his heart into beating regularly. Then it fired again, 21 times in all.

“They compared it to being kicked in the chest by a horse,” Bruno said. Lying face down, with “each shock, my body would convulse up. It was quite the experience.”

After showing poor results on a stress test in late July, “that basically sealed it. They said, ‘you’re going on the transplant list,’” he said. Bruno, who turned 37 on Thursday, was told he would have to wait one to four years for a new heart. Being an O-negative male worked against him.

But just a month later, “I got the phone call saying they got the heart,” he said. Overnight Sept. 15-16, Dr. Muhammad Anwer performed the surgery.

The heart became available so quickly because of a new method that allows transplant teams to retrieve hearts from donors when they are taken off life support, rather than waiting until the patient is declared brain-dead.

It could increase the number of hearts available for transplant by 30 percent, according to TransMedics, whose organ care system keeps the heart healthy for longer than traditional storage on ice. 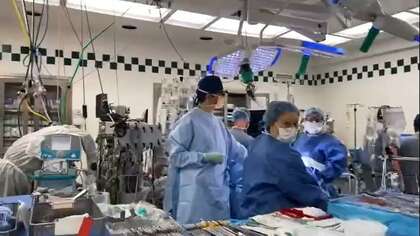 Yale New Haven is part of a phase 3 clinical trial of the TransMedics system, which still must be approved by the federal Food and Drug Administration.

Bruno’s partner, Sarah Cross, said his new heart increased his energy so much that when she heard him walking across the floor at night she thought it was her daughter. After the surgery, “His steps were so fast. He was doing laps around the hospital,” Cross said.

Henry Maikowski, 42, of Clinton, also was surprised by how quickly a heart became available. He has muscular dystrophy, which had weakened his heart to the point where he barely could get out of bed. 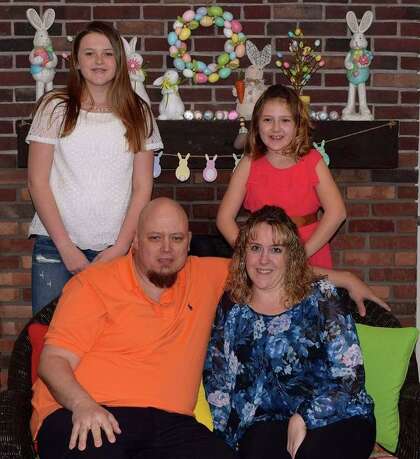 “From the time I was officially on the list it was eight days,” he said. His surgery took place overnight Aug. 29-30. “I think it’s pretty awesome because literally I had no energy,” he said.

The new method of taking donor hearts “gets back at the question of how do you define death,” said Dr. Tariq Ahmad, medical director of the advanced heart failure program at Yale New Haven Health and the Yale School of Medicine. 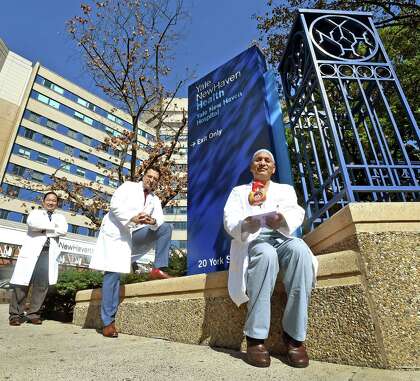 Brain death, when there is no function in the brain or brain stem, occurs because of a stroke, major injury to the brain or lack of oxygen. The heart may continue to beat after brain death as long as it has oxygen, according to Anwer, the surgical director for heart transplant at Yale New Haven Hospital.

Circulatory death, on the other hand, occurs when the patient’s heart and lungs cannot function on their own. The patient has no chance of recovery and the family decides to remove life support. Five minutes later, the patient is pronounced dead. 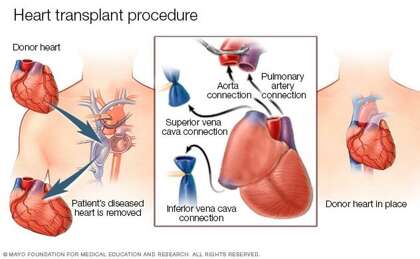 “It’s the first time in the United States that people are doing it for the heart,” he said. “There’s essentially thousands of hearts that are not procured because there was no method to reanimate them and give them to patients.”

The TransMedics system keeps the donor’s blood circulating through the heart, as well as removing carbon dioxide created by the heart muscle, so the heart will remain healthy for twice as long as those taken from brain-dead patients. Traditionally, a donated heart, packed in ice in a cooler, had to be transplanted within four hours.

Anwer said there was one case in England when the heart was kept going for 17 hours, but that is not recommended.

When a heart becomes available, Anwer travels to the donor’s hospital to retrieve the organ. Timing is critical.

“I have to open the chest in one minute and then I have to take the blood from the heart, 1.5 liters, in 90 seconds,” he said. The heart is then flushed with a preservative to be sure the cells won’t become active again. Anwer is able to complete the task in less than 31/2 minutes.

“That’s the most difficult part,” Anwer said. “If you are a little bit late, the lung surgeon cannot remove the lungs.”

The heart is then placed into the TransMedics machine, hooked up to tubes that circulate the blood and brought back to New Haven.

Being able to take donated hearts after circulatory death is expected to increase the available hearts by 30 percent. In 2019, there were 3,552 heart transplants in the United States, according to the United Network for Organ Sharing, which manages the national organ-transplant system. 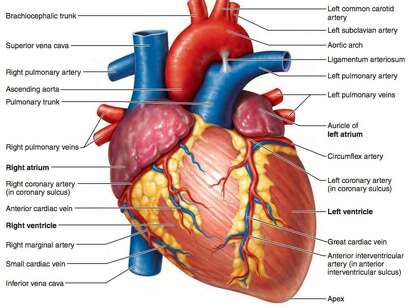 According to TransMedics, only 4 percent of organ donors actually donate a viable heart and only 30 percent of those are transplanted.

In 2018, the transplant team at Yale New Haven decided to be more aggressive about accepting donor hearts, which has greatly increased the number of heart transplants.

“Our numbers went up dramatically with our new approach,” as did patient survival rates, Ahmad said. Yale New Haven has a 94 percent survival rate after one year compared with 88 percent nationally.